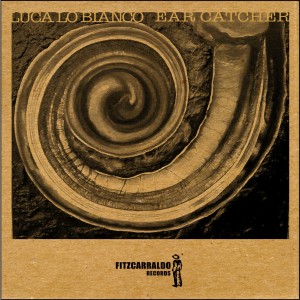 Ear Catcher was created following the experience during the show ‘La scomparsa di Majorana’ conceived by bassist Luca Lo Bianco, presented as a world premiere in Berlin.
The starting point that animates the performances of the band is the continuous, expressive exploration in a creative synthesis with no aesthetic limitations.
The proposed repertoire is mainly based on original compositions written by the leader, in a daring alchemy of sound enlivened by contrasts of timbre and articulated arrangements focused on choral execution. The self-titled CD produced by Fitzcarraldo Records has been greeted with enthusiasm by critics and has been positively reviewed in Jazzit, All About Jazz, Jazz Italia, Jazz Colo[u]rs, Il Giornale della Musica and aired on ‘Battiti’ and ‘File urbani’ on Rai Radio3, Anima Jazz, Ecoradio, Radio Sherwood ..