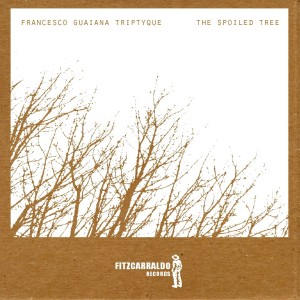 Triptyque trio is an idea of guitarist and composer Francesco Guaiana, and is literally inspired by a famous music club in Paris wich perfectly fit as a name for a Jazz Trio. Francesco and Luca Lo Bianco share music experiences since years, they have been involved in several projects and along with Ruggero Rotolo on drums they released this work based on original composition by Francesco Guaiana.
The “spoiled tree” was his traveling companion during an autumn residence in Paris. He used to observe this tall and huge tree through his window every single day and shared with him all the thoughts, doubts and especially all the creative moments. While the tree was loosing its leaves he enriched his spirit thanks to the people he met, the extraordinary music experiences, the long sunset walks and almost all the music he composed is the result of this singular contrast.

Triptyque has released its first cd with Fitzcarraldo Records and has already performed in several venues and festivals around Italy.The music is a blend of contemporary Jazz and Rock supported by a strong melodic approach.